My friend and colleague, Tim Clark, has mentioned that Avnet are running an XPages workshop on April 16/17 for IBM Business Partners.
Remember that XPages is pertinent in the Notes/Domino web application world and, as announced at Lotusphere, will also be relevant to Quickr in the future.
Having seen one of my team, Chris M, demo XPages at the TechJam in Warwick yesterday, I can definitely recommend taking a look....
If interested, please check Tim's blog here.
# posted by Dave Hay : 07:26  0 Comments

Those nice people at Ephox are running a session on EditLive! tomorrow - Wednesday 25 February at 1500 UK.
For further information, and registration details, please visit here.
# posted by Dave Hay : 14:50  0 Comments

Well, it's been a busy busy time for the team, as we prepare to host a series of Lotus TechJam events at various locations within the UK.

please check out the invitation and agenda, and then let me know.

Otherwise, please keep your eye on this page, and elsewhere, to find details of the Q2 events as they are planned.

In addition, you may also be interested in the upcoming Lotusphere Comes To You (LCTY) events: -

and can find out more here.

Regardless of where, the team look forward to seeing you ... 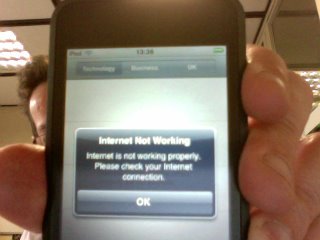 Here are the agendas in PDF format etc. 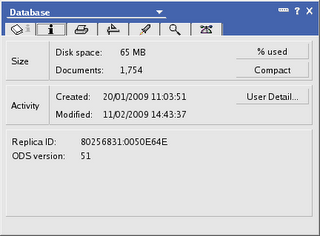 In order to further diagnose a problem, I needed to upgrade my Lotus Notes mail file to the most recent ODS ( On-Disk Structure ), which is now 51 with the latest Notes/Domino 8.5 products.

Given that I'm using an Ubuntu Linux desktop ( alongside my Macbook Pro ), I needed to be able to run the necessary compact command from a command line ( shell ).

Before I started, I shut down Notes to avoid any conflicts.

Given that I wanted to update to ODS 51, I added the line: -

Then. following this post, I opened a command prompt ( using the xterm command to open a bash shell ), and changed to the Lotus Notes program directory ( /opt/ibm/lotus/notes ).

From there, I ran the command ./compact -C /home/hayd/lotus/notes/data/mail09/DAVEHAY.NSF. Sadly, this failed with the message: -

This indicated that I needed to have previously entered the Notes password before I tried to access the mail file, which seems like a pretty good idea.

Therefore, I restarted Notes and entered my password - this automatically opened a tab to my mail file, which I ignored - Doh !

I repeated the command again, which again failed with the message: -

The third time around, I closed down all the tabs in the Notes client, and tried again; this time, it succeeded with: -

If it helps, the ODS version of a database can be seen on the DB properties ( File -> Application -> Properties ) as per the screenshot.

From one *nix to another

Well, today I took the plunge after months of deliberation, internal justification ( needs vs. wants ), Apple site teasing ( don't ask ) and scrimping.
I visited the most-excellent Apple Store and picked up a lovely new Macbook Pro 15". The spec. is identical to that recently acquired by my frolleague, Scoot, and I'm already completely hooked.
This is my first ever Mac, and ( like most others ) I can't ever see me going back to a PC.
The MBP will become a home/play machine ( OK, I *might* do some work-stuff on it ) alongside my "real" work machine, currently a Thinkpad T60p running Ubuntu 8.10.
I will continue to explore, experiment and blog on my experiences and travails with Ubuntu, as I'm still convinced that there is a really positive future for desktop Linux ( as well as desktop Unix ).
For me, as a geek, it's just nice to have choices - with Linux, it's a real feast of choices ( kinda like an all-you-can-eat buffet in The Mall Of America ) whereas OSX is more just ready-to-go.
I haven't yet installed iLife 09 etc. but have played with the installed applications - so far, I can't find anything that (a) doesn't work or (b) that I don't like.
I will install Notes 8.5 tomorrow, along with iLife 09, and will continue to play/post.
Printing to my Samba printer ( actually an HP PSC 500 that's 10+ years old ) worked without problems, and I used Skype for a tele/videoconference with a friend in New Zealand, again with no issues whatsoever.
All in all, 10/10 for Apple, and for their staff,  both in the store and on the phone
# posted by Dave Hay : 22:03  6 Comments

"With Lotus, We Work Smarter, Together" Saw it at Lotusphere, See it here

This was one of the highlights of the Lotusphere 2009 conference in Orlando - a Lotus marketing video that was (a) yellow and (b) light on the tech.

Much as I *LOVE* being a techie / geek / nerd, I do have to sometimes remind myself that not everyone is like me ( Praise Be ), and that some people: -

Most of the time, I'm working with very smart, very tech-savvy customers, who get the stuff that we sell - the bits, the bytes, the flops, the gigaquads ( OK, I stole that one from Star Trek ). However, it's easy to become arrogant and assume that everyone gets it, and that everyone has the IT budget of a multi-national company with more cash than some most countries.

Therefore, it's great to see that IBM Lotus marketing have come up with this little gem - it's 2m43s long, and is worth a watch. The people speaking are real people - even better than that, they're real Lotus customers.

Ghosts in the Machine

Despite being an avowed Linux user, I do have occasional need to boot back to Windows for certain things, including iTunes and BlackBerry Desktop Manager.

Every two or three months, I rebuild my Windows XP environment and, for many years, have used Norton/Symantec Ghost 2003. I created a DVD containing a "clean" image of Windows XP SP3, with the most recent set of Windows fixes, AV updates, Firefox/Thunderbird versions etc.

For some reason, neither one of my 2008 Ghost DVDs would boot ( they were fairly well scratched ) so, after a bit of faffing around, I bit the bullet and performed a brand new installation of XP. This took a while, especially as I needed to download drivers for the Thinkpad T60p etc.

However, after a day or so, I had a nice clean machine, ready to re-image using Ghost.

Given that I had some spare USB drive capacity, I decided to use that (a) for a quick backup and (b) for a slightly less error-prone restore.

No matter what I did, I was unable to get Ghost to write to any one of my three USB drives. In one case, I got a General Protection Fault in Ghost ( wow, back to the '80s ), in two other cases, Ghost just failed to find the drives, despite me selecting USB 2.0.

As with most situations, I decided to go Google, and found this document: -

which includes a bunch of updates, including some USB fixes.

It's my assumption that Microsoft and/or Lenovo have updated their USB 2.0 drivers and support since 2003, meaning that Ghost could no longer cope.

The aforementioned Symantec document was very helpful, and pointed me to a set of archived updates for their products: -

In conclusion, I have a clean machine, a nice backup ( and I did backup the backup before you ask ) and have learnt yet another lesson in the wonderful world of IT.

Using the most recent BlackBerry Desktop Manager v4.7.0.32, I was receiving: -

Database specified does not exist or cannot be accessed

when I tried to synchronise my BlackBerry 7130v with Lotus Notes 8.5.

This error was occuring regardless of whether I tried to synchronise address book, contacts or to-do lists.

As always, Google had the answer ( and Google is my friend ) - my Notes location document had my mailfile name/location incorrectly specified: - 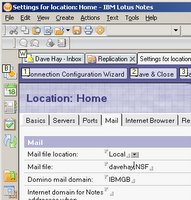 Once I changed the document, synchronisation just simply worked ... and it seems much smoother than earlier versions. In theory, I can use Bluetooth ... w00t

Just wanted to mention that Infosys are holding one of their regular Open Day sessions in Swindon on Friday 6 March. I'll be there, as will many of the Lotus community.

In addition, our friends at LAN 2 LAN are planning a pair of technical forum events shortly afterwards: -

Following an earlier blog post here discussing how the WCM Jumpstart sites can be deployed, Erik reminded me that I never found a 6.1 equivalent.

Well, I checked again - and my colleague, TheresaS, kindly directed me to the command: -

command, which allows one to deploy the sample WCM content and templates on a non-Express environment.

Caveat - I haven't tried this ! Remember, your mileage may vary .... 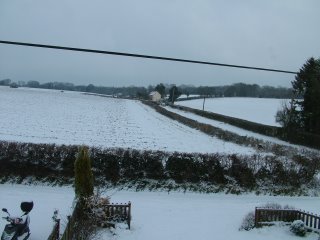 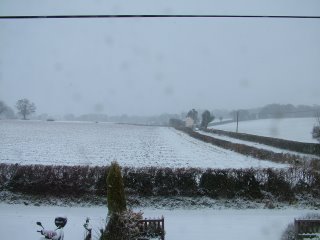 So who thought YouTube was merely for watching dancing squirrels, singing geeks and ninja kids ?

If you want to see more, come and "meet" her and her team at the Synch.rono.us blog.